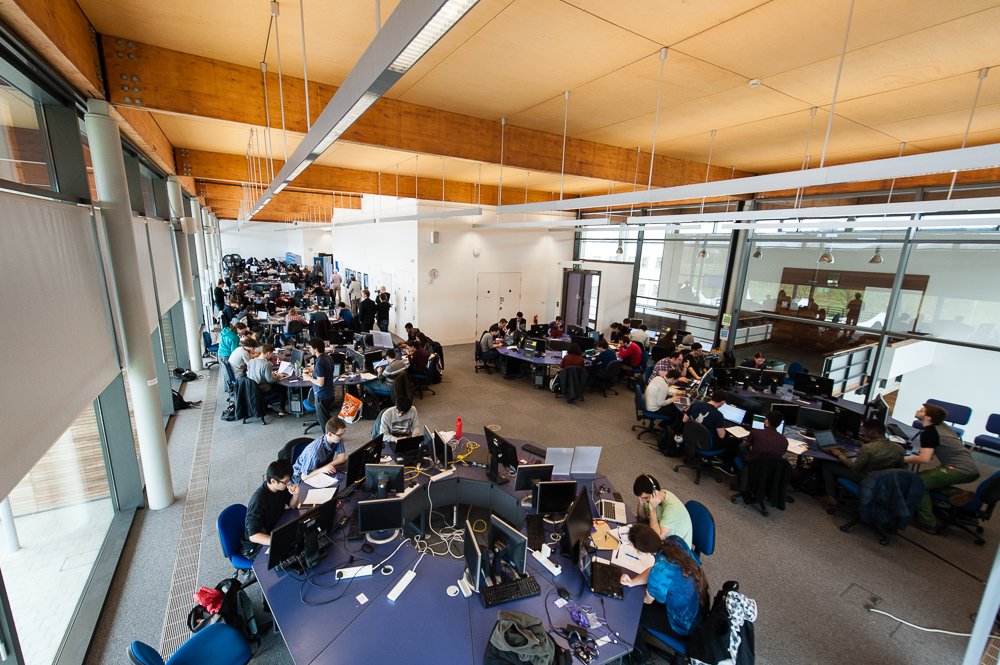 The competition room - Oxford teams next to the exit door

Upon arriving, the information session made clear that we were about to embark on a red-teaming security exercise, with a forensics side-challenge. Here was the first problem: none of us had the first clue about red-teaming. So, during the competition, once we actually managed to get nmap running over OpenVPN (after accidentally scanning half the eduroam network a few times… hint: don’t use Windows) we were staring at already captured hosts. With no obvious thing to do, we buckled down on the forensics. We actually did pretty well on it, and team Ox002147 was 3rd for a decent amount of time! 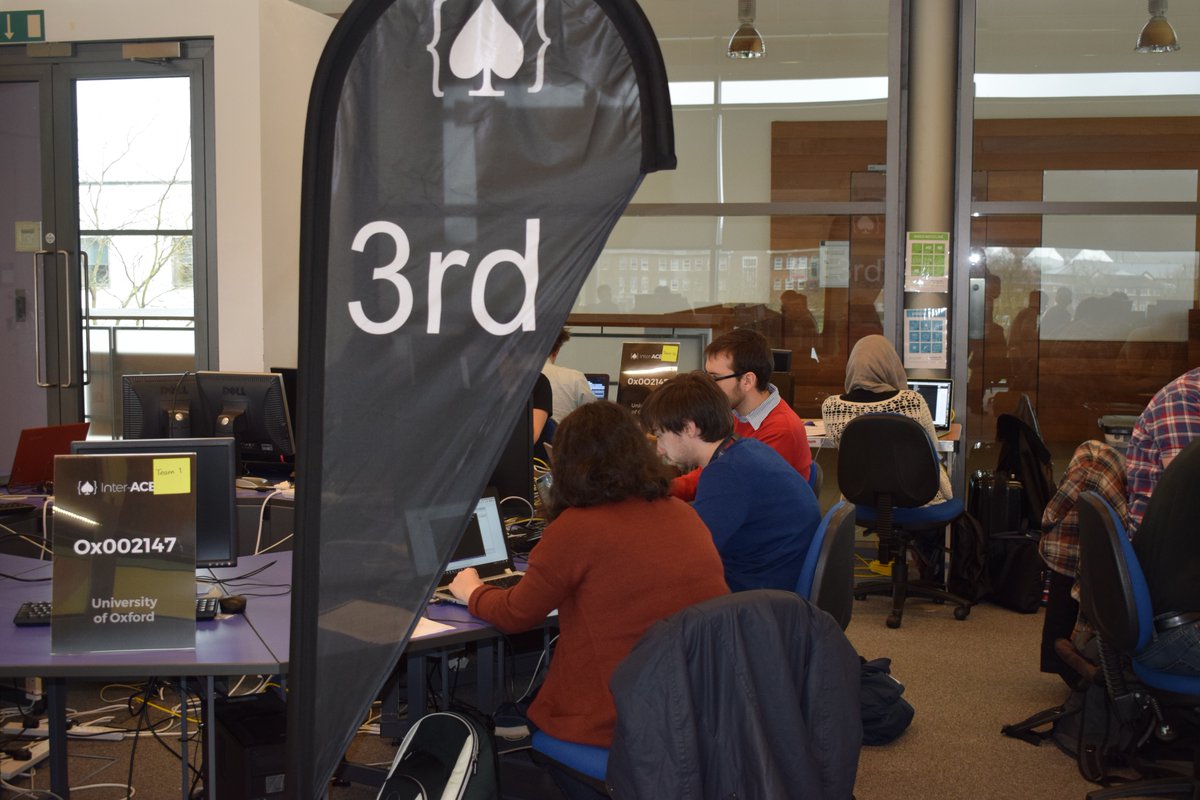 Once there was just one hour left, they turned the scoreboards off (and took the giant flags away) so we had no idea how we were doing, or how we had finished after it was all over. After the competition there was a formal dinner at Trinity College, which was easily the best part of the day (4 different types of wine!).

Then came the awards ceremony - sadly we didn’t get 3rd place, but we did for some reason (allegedly for “innovation, thinking outside the box, and making the best use of their abilities”) get the je ne sais quoi award! 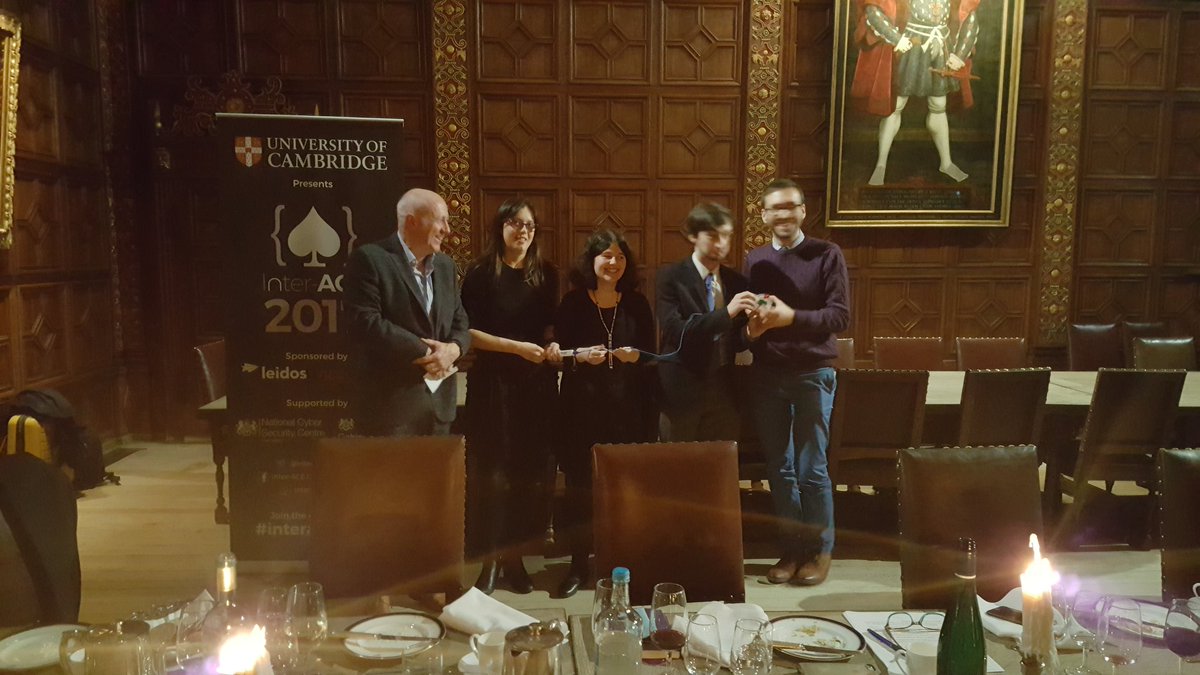 The prize itself was a pretty cool device with colourful LEDs which light up differently depending on how you press the buttons.

In all, it wasn’t too bad, but it would have been nice to know about the competition format beforehand. At least now we know what to expect next year, and hopefully we’ll be able to put up more of a fight.

But much sooner than that, we have…

Cambridge2Cambridge is another annual competition, an apparently “more richly endowed” event of which Inter-ACE is part of, so to speak. This time students from both UK ACE-CSRs and selected US universities can compete. The event itself takes place in Cambridge on 24-26 July, but to attend one must first qualify. The top 3 teams at Inter-ACE qualify automatically, and since we weren’t part of that exclusive group we had to participate in the C2C qualifier on 1 April and place well amongst the UK participants to guarantee attendance.

The qualifier was a classic jeopardy style CTF, but an individual one - every person for themselves. And we smashed it, with Ilias and Emma taking the top 2 UK spots (3rd and 4th overall) and an estimated 10 Oxonians with a solid chance of directly qualifying for the final. A pretty good Oxford showing!